This Information Alert is part of week-long trial. Any feedback on the content is welcome. Sign up here for daily updates.

After nearly a month of quiet, at least four separate villages were attacked in northern Cabo Delgado Province between Friday 3 and Sunday 5 May. Source

Attacks and Violence
3 May: Nicáte/Nacata village, 15 km from Macombia town was attacked by militants who targeted voter registration materials. The attack occurred the day after a humanitarian food distribution and days after the President visited the area. Some sources suggests that militants ‘responded’ to visit by President. Source. According to one source six people were killed, and several houses burned. Other sources reported no causalities. Source

4 May: Ntapuala and Banga Velha villages attacked. A male teacher riding a motorcycle was killed and three people were burned. Source

5 May: Villagers from Licangano, Nguiga, and Ntapula pursued a group of seven militants and killed four of them in operations that left two of the villagers injured. Source

5 May: Near the village of Napala, a solider shot a 25 year old in both legs related to accusations over use of a motorcycle that belonged to the military. The young man is reported to have been part of a group of 14 people who helped local people to transport goods. Source

Two girls aged 16 and 17 were reportedly abducted at a river near the villages of Milamba and Miticata. Source

We are working with Standby Task Force in monitoring social media to identify aid security information. 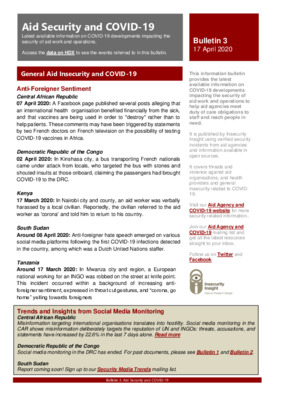 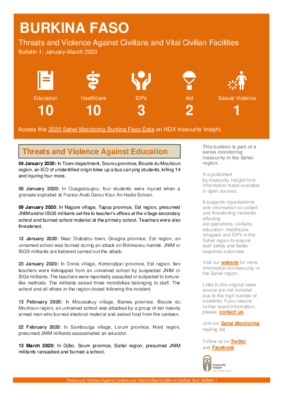 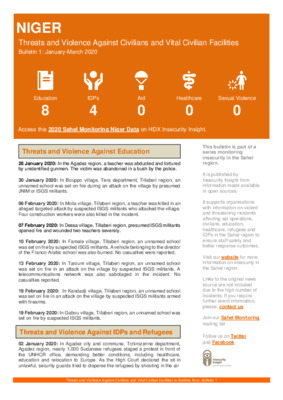 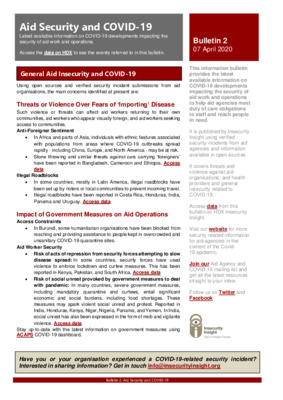