This overview document presents incidents affecting aid delivery in 12 countries in Southern Africa in 2017. The report is based on incidents identified in open sources and reported by Aid in Danger partner agencies using the Security in Numbers Database (SiND). In 2017, 224 security incidents affecting NGO staff members, programmes and assets were reported. Key findings Total incidents, by country (224) • The five countries with the highest number of reported security incidents in 2017 were the DRC (93), Mozambique (29), Malawi (24), South Africa (22) and Zambia (17). • There was an increase in reported conflict-related incidents in the DRC in the second half of 2017 (from 4 to 15). • There was an increase in reports of terrorism-related incidents in Q4 in Mozambique (from 0 in previous quarters to 3). • There were frequent reports of petty crime, including burglaries, fraud, thefts and damage to NGO property in Malawi and South Africa (67% and 76% of reported incidents, respectively). • Sexual violence was reported against a female NGO staff member in Zimbabwe. • Existing laws were used to close NGO operations in South Africa. The data in this report has been cross-referenced with AWSD and compared with INSO’s Key Data Dashboard. Total figures for Southern Africa are available on HDX Insecurity Insight -https://data.humdata.org/organization/insecurity-insight Download here: http://bit.ly/2MNI2xm 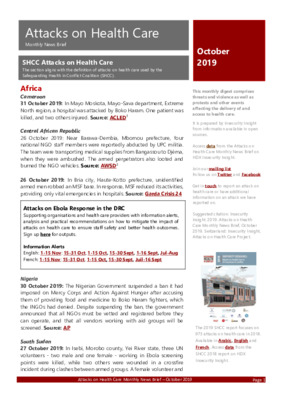 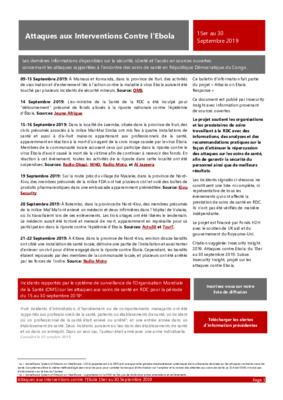 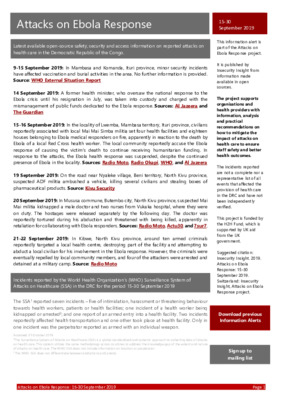 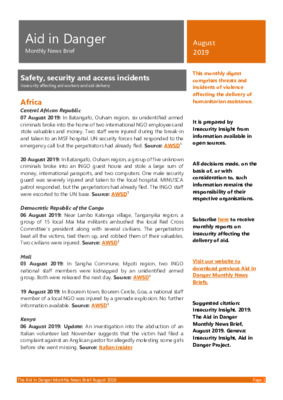